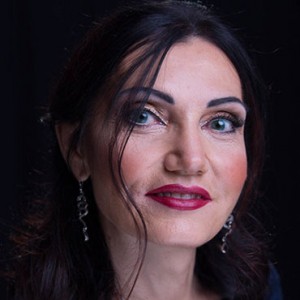 Rapid changes in genetic and epigenetic processes during meditation

Science and spirituality have been becoming closer and closer in recent years. Spirituality, which is associated with higher states of consciousness, can be achieved through meditation. Interest of basic science on the effects of meditation, particularly in the brain, has led to several studies which showed obvious electro-physiological changes induced by meditation. Meditations differ in techniques, as well as in terms of achieving the aim of the meditation, such as stress reduction, calmness of mind or spiritual enlightenment. Results of meditations have been so far mainly evaluated by phenomenological reports of meditators, EEG monitoring of brain currents (EEG) and physiological parameters. There are not many studies on how meditation and related higher states of consciousness influence peripheral biological processes at the level of molecules and molecular pathways.

Status of the body at different levels of meditation can be monitored by differential gene expression in the peripheral blood. Expression of genes is a complexly regulated sensitive process. In our study we have shown that higher states of consciousness, which we for the first time monitored by a combination of phenomenological report, EEG, and analysis of gene expression were associated with a statistically significant differential expression of several hundred to thousand genes that are involved in the regulation of biological and cellular metabolic processes, signaling, protein transduction, immune response, oxygen transport, cell death, epigenetic processes, response to stress. There was also a potential involvement in the process of plasticity of the nervous system in relation to the higher state of consciousness (Ravnik-Glavac et al. 2012, Consciousness and Cognition).

Others and we have also recently found out that during meditation changes in expression of proteins and enzymes as well as non-coding regulatory RNA occurred that are involved in altered epigenetic characteristics of the genome (Kaliman et al. 2014, Psychoneuroendocrinology, Ravnik-Glavac, article in preparation). In the case that these epigenetic marks become long-lasting or permanent they possess the potential to be transmitted to next generation.